Holidays to fly the U.S. Flag

The flag should be displayed, from sunrise to sunset, on all days when the weather permits, especially on:

The Flag Code, which formalizes and unifies the traditional ways in which we give respect to the flag,
also contains specific instructions on how the flag is not to be used. They are:

Advertising signs should not be attached to the staff or halyard.

The flag should not be used as part of a costume or athletic uniform, except that a flag patch may be used on the uniform of military personnel, fireman, policeman and members of patriotic organizations.

The flag should never have placed on it, or attached to it, any mark, insignia, letter, word, number, figure, or drawing of any kind.

The flag should never be used as a receptacle for receiving, holding, carrying, or delivering anything.

When the flag is lowered, no part of it should touch the ground or any other object; it should be received by waiting hands and arms.

To store the flag it should be folded neatly and ceremoniously. The flag should be cleaned and mended when necessary. When a flag is so worn it is no longer fit to serve as a symbol of our country, it should be destroyed by burning in a dignified manner. Note: Most American Legion Posts regularly conduct a dignified flag burning ceremony, often on Flag Day, June 14th. Contact your local American Legion Hall and inquire about the availability of this service.

When the flag is displayed from a staff projecting from a window, balcony, or a building, the union should be at the peak of the staff unless the flag is at half staff. When it is displayed from the same flagpole with another flag – of a state, community, society or Scout unit – the flag of the United States must always be at the top except that the church pennant may be flown above the flag during church services for Navy personnel when conducted by a Naval chaplain on a ship at sea.

Displaying the Flag Outdoors
When the flag is displayed over a street, it should be hung vertically, with the union to the north or east. If the flag is suspended over a sidewalk, the flag’s union should be farthest from the building. When flown with flags of states, communities, or societies on separate flag poles which are of the same height and in a straight line, the flag of the United States is always placed in the position of honor – to its own right. ..The other flags may be smaller but none may be larger…No other flag ever should be placed above it…The flag of the United States is always the first flag raised and the last to be lowered.  When flown with the national banner of other countries, each flag must be displayed from a separate pole of the same height. Each flag should be the same size. They should be raised and lowered simultaneously. The flag of one nation may not be displayed above that of another nation. Raising and Lowering the Flag The flag should be raised briskly and lowered slowly and ceremoniously. Ordinarily it should be displayed only between sunrise and sunset. It should be illuminated if displayed at night. The flag of the United States of America is saluted as it is hoisted and lowered. The salute is held until the flag is unsnapped from the halyard or through the last note of music, whichever is the longest.

The Salute
To salute, all persons come to attention. Those in uniform give the appropriate formal salute. Citizens not in uniform salute by placing their right hand over the heart and men with head cover should remove it and hold it to left shoulder, hand over the heart. Members of organizations in formation salute upon command of the person in charge.

The Pledge of Allegiance and National Anthem
The pledge of allegiance should be rendered by standing at attention, facing the flag, and saluting. When the national anthem is played or sung, citizens should stand at attention and salute at the first note and hold the salute through the last note. The salute is directed to the flag, if displayed, otherwise to the music.

The Flag in Mourning

To place the flag at half staff, hoist it to the peak for an instant and lower it to a position half way between the top and bottom of the staff. The flag is to be raised again to the peak for a moment before it is lowered. On Memorial Day the flag is displayed at half staff until noon and at full staff from noon to sunset. The flag is to be flown at half staff in mourning for designated, principal government leaders and upon presidential or gubernatorial order. When used to cover a casket, the flag should be placed with the union at the head and over the left shoulder. It should not be lowered into the grave.

How can we help? 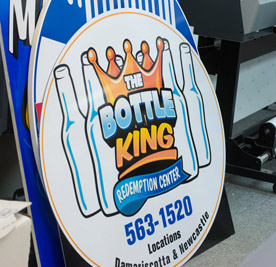